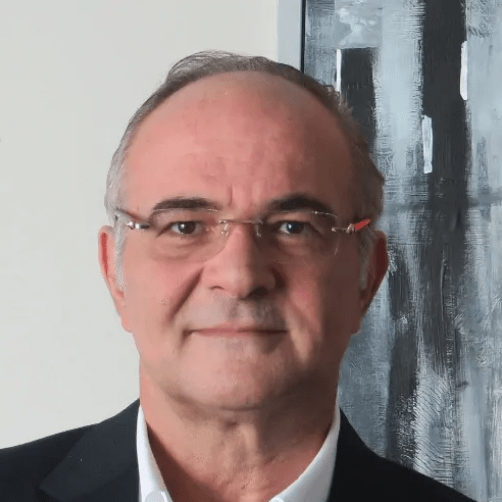 Ulvi Kadakal serves as Country President of N2Growth’s Turkey office in Istanbul, responsible not only for Turkey but also for neighboring countries.

A diverse background plus thirty years of international experience in engineering, management, operations, sales, strategy, and business development, has given Ulvi a broad perspective to identify the needs of clients and contribute to their success. Ulvi is also a member of many professional bodies at an international level. He has worked with global consulting firms within executive search, strategy, due diligence, leadership, and organizational development.

Ulvi began his career as a project and sales engineer of German technology firm Mannesmann Rexroth. He became an expert of engineering, sales and application of motion technology. Prior to moving his service business to The Netherlands in 2001, he spent eight years as Sales and Marketing Director for a technology company. He then started as Eastern European & Middle East Regional Manager of European Notified Body, which delivered inspection and certification services according to EU and International standards for products and quality systems. From 2001 to 2010, he was involved in many international projects worldwide and conducted more than 200 international seminars, workshops and training for universities, ngo’s, state organizations and private companies. He was also appointed senior business development consultant by European Commission for EU Business Development Centers in Turkey.

Since 2010 Ulvi has been in top executive positions of multinational companies with a full P&L responsibility. He was managing director, member of the board of directors, deputy chairman, vice president and member of an executive board with international holdings, Munters, Sweden, Wittur Holding Germany. Most recently, Ulvi worked with the Assan Panel Turkey gaining deep experience with private equity management, strategy and M&A. Since the Munters and Wittur Holding was owned by global private equity firms, he was also involved in the successful exit of Wittur Holding from Triton PE to Bain Capital in 2015.

Ulvi was born and raised in Istanbul where he is a historical guide of Roman Age. He is a father of one son who is now following the way of his father studying mechanical engineering. Ulvi holds a mechanical engineering degree from Yıldız Technical University in Istanbul (1987). He has been playing drums for more than thirty years and you may see him playing in his small studio next to our Istanbul Office.