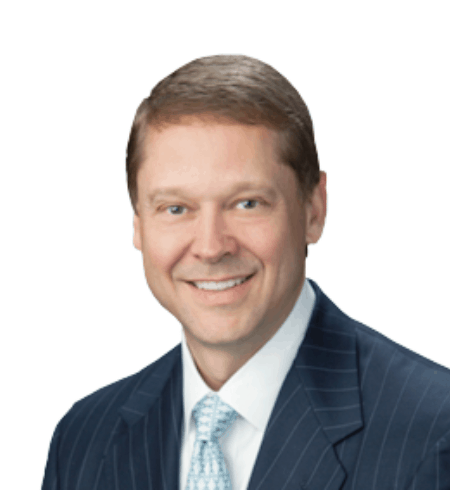 Tim Belton brings to search a “client perspective” where search is an investment in new leadership to drive an organization’s growth in value. Over the last 30 years, he has formed leadership teams that built organizational value and improved strategic, financial, and operational vitality, typically in circumstances with a high sense of urgency. Mr. Belton has served as Chairman, Director, CEO, COO and restructuring adviser for nearly a dozen organizations, including public and sponsor-backed companies. As the principal executive, he has recruited executive teams who individually and collectively possess not only the requisite technical skills but also the character and ethics to operate as a team.

Mr. Belton also has deep board service and corporate governance experience, having thrice served on the boards of companies where he was CEO, as well as a member of the boards of directors of the State Bar of Texas and its executive committee, earning the Chairman’s designation as Outstanding Third Year Director, and the Texas Center for Legal Ethics, where he is in his second three-year term and serving as chairman of the Finance Committee. By appointment of the Texas Supreme Court, Mr. Belton is a public member of the Committee for Disciplinary Rules and Referendum, representing the public’s interest in the legal profession.

Mr. Belton spent the first decade of his career at Andersen Consulting Strategic Services (Accenture), where he led major change, acquisition strategy and growth agendas for billion-dollar revenue companies, culminating in his leadership if the firm’s post-merger integration practice in Texas. Later, he was restructuring officer and then COO of TRC Companies (NYSE: TRR), a leading environmental and civil engineering firm created through the acquisition of over 30 independent engineering companies. Mr. Belton subsequently served as Chairman and CEO of TDECU Holdings, a subsidiary of the related $3 billion financial institution, and, most recently, founder and Chairman of ZeoGas LLC, which is developing multi-billion petrochemical assets including the Port Arthur Methanol Project, a $1.5 billion greenfield project based on the Air Liquide MegaMethanol technology.

Mr. Belton received a BBA in Business and Technology Management from the University of Texas McCombs School of Business degree and an MBA from the Harvard Business School.