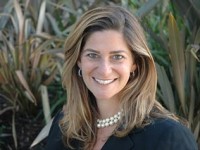 Robin Levitt is a seasoned professional with an impressive track record in executive search and recruitment. She is a creative thinker, a tireless worker, and a true advocate for her clients. Ms. Levitt began her recruiting career in San Francisco in the mid 1990’s. After honing her skills, she moved to Los Angeles, where she launched Human Resources International.

Robin partnered with leaders across the country, to brand the company, build the internal ATS system and develop nationwide training. She regularly traveled the country delivering sales training. Robin grew the business to a two million dollar plus business in three years, ranking as the number one national office year after year. Ms. Levitt was among the top billers, nationwide, during her five year tenure with HRI. Ms. Levitt moved on to recruiting in the Bio/Pharma arena, placing in the areas of R&D, Operations, Sales and Marketing and Scientific. She worked for a boutique search firm and St. Jude Medical, a leading cardiac device company.

While with St. Jude, Robin built the first Campus Recruiting. In 2002, Robin followed her entrepreneurial spirit and opened A&R Consulting, LLC. Within three years, she grew the company to nearly one million dollars in revenue. She focused on direct hire and contract recruiting in the field of human resources. She garnered Fortune 100 clients with her winning, multi dimensional approach: utilizing flexibility and looking at candidates from a technical, intuitive and value based perspective– a groundbreaking methodology that produced impressive results.

Robin has the unique ability to make every client feel they are her only client. She is engaged, passionate and tireless in her efforts. She takes on each company as if she were working in-house, as part of the team.

Ms. Levitt is not only committed to her clients, but she is also dedicated to the betterment of our collective community. A portion of her fees are donated to a non-profit organization that provides supplies to underserved schools.