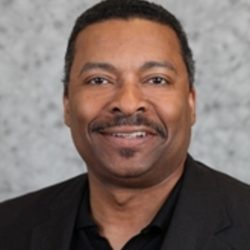 Reggie Wright is a former Franchising Director for Dunkin’ Brands, responsible for franchise sales for both Dunkin’ and Baskin-Robbins for the Midwest and West regions. This includes cross functional work with existing franchise owners as well as regional market teams. He looks forward to bringing his considerable experience within the restaurant, retail, and franchise segments to serve the clients at Wray Executive Search. Reggie is a leader in the franchising community and will provide expert support and guidance to existing and new franchise partners.

Over the last 12+ years the Dunkin’ franchising and development team has been a leader in the QSR segment in terms of new store commitments year over year. As a team leader, Reggie was instrumental in recruitment efforts in certain key markets, represented the brand at numerous conferences as a subject expert panelist and worked to develop tools along with process enhancements.

Reggie has over three decades of experience in business/retail development and candidate focused managerial experience. As a passionate advocate for entrepreneurs, Reggie has helped small/mid-size businesses operators realize the dream of owning their own business. Prior to his role with Dunkin’ Brands, Reggie worked with multiple licensed footwear brands (Specialty Footwear Retailers) and Harley-Davidson Franchise owners. As Director of Business Development and National Sales Manager he helped retailers with Sales, Merchandising and Marketing strategies.

He is a graduate of Webster University in St. Louis and is a Certified Franchise Executive (CFE). He serves on the board of the Missouri Restaurant Association and lives in St. Louis, Missouri with his wife Angela and son Julius.