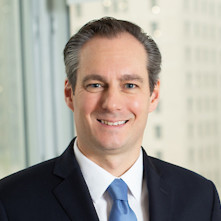 Peter Gallagher is an active member of Egon Zehnder’s Health Practice, providing executive search, assessment and development services to CEOs and executive teams in the healthcare sector. Based in New York, he draws on deep experience acquired in strategic and operational roles in the branded and generic pharmaceuticals and consumer health sectors at both public and private equity-backed companies in Europe, Latin America, and the U.S.

Prior to joining Egon Zehnder, Peter spent several years as Vice President of Strategic Affairs at Teligent, a high-growth specialty generic pharmaceutical company. Previously he served in operational roles at Bausch + Lomb, advancing the company’s turnaround and later acquisition while being based in Brazil. Before that, Peter was in charge of strategic planning at Merck & Co, also in Brazil, and worked in that company’s consumer health division. He began his healthcare career during the turnaround and transformation of Schering-Plough, initially managing technology transfers and then supporting strategic C-suite communications. Peter also spent five years as a commissioned officer in the U.S. Navy’s nuclear power program, serving in the Pacific region and the Middle East.

Peter earned a BS in mechanical engineering from the University of Virginia and an MBA from New York University’s Stern School of Business. In his free time he enjoys training for triathlons, traveling, and reading about geopolitics.