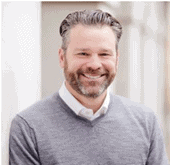 I graduated from the University of Durham. My first role was as a graduate trainee with KPMG. I then joined the Page Group, a multinational recruitment company. I quickly progressed up the organisation becoming a Director in 1999. I was given the remit of turning around underperforming offices. In 2007, I was approached by a private equity company to lead a regional recruitment business that was underperforming.

I took up the role of Chief Executive and swiftly transformed the organisation, culminating in being awarded the 19th best small company to work for in the UK. I then moved to be Managing Director of a division of Randstad, the second largest human resource consulting firm globally. I was responsible for the merging of several brands and the subsequent integration. Upon successful completion of the program I joined Odgers Interim UK in 2010.

I have played a major role in the growth and development of the brand helping Odgers Interim become the market leader within the UK. With the demand from clients increasing across the United States and the exponential growth of the Odgers Berndtson search brand, I am responsible for developing Odgers Interim in the USA. I am a Meyler Campbell trained executive business coach.