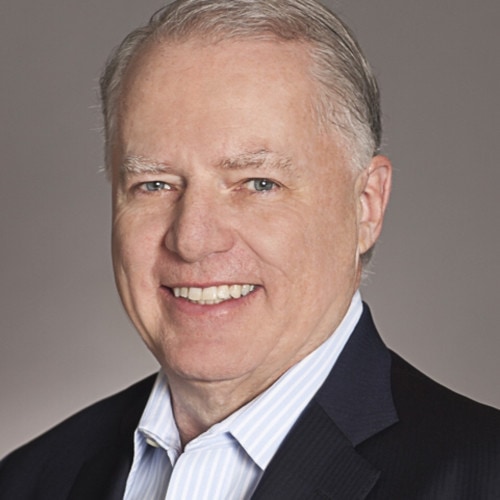 Mike Kerouac most recently served as the CEO of N2Growth Executive Search in Boston, MA before transitioning to Vice Chairman in the fall of 2019. Prior to joining the firm, Michael was the President of Global Product Operations at EMC Corporation. There he was responsible for a geographically diverse organization that managed the end to end value chain, which included Global Supply Chain, Global Hardware Engineering, Big Data Analytics, Mfg. and Logistics. Kerouac has managed a 3,000-person workforce with a billion-dollar budget and over seven billion of spend. Over the course of his career, Michael participated in multiple M&A’s and served on or led numerous transformation programs, including IT ERP Platforms, COGS reduction and Operational Excellence.

Michael is recognized for his leadership skills, collaborative style, and ability to quickly assess business problems while just as quickly architecting innovative solutions. His ability to innovate draws on his decades of experience as well as his use of leading-edge technology, including big data analytics. Additionally, Michael is noted for his highly respected, mentoring and coaching skills. He has consistently demonstrated the ability to recruit, staff and develop high-performance teams while enabling cultures that thrive on innovation and diversity.

In prior roles at EMC, Kerouac was the SVP of Global Product Operations as well as holding a role as General Manager of EMC’s North Carolina Operations comprising the manufacturing plant in Apex and the software development facility in RTP. His experience prior to EMC includes 11 years in the biomedical instrumentation space, as well as a three-year tenure at Data General Corporation.

Born in Lowell, Massachusetts, Kerouac received an MBA from Duke University, an MS in Applied Management from Lesley College and a BS in Engineering from UMASS, Lowell. In 2016, Kerouac was inducted into the UMASS Academy of Distinguished Engineers.