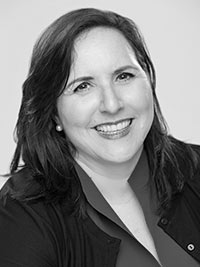 As both a past client and candidate of The Bowerman Group, Michelle has committed herself to the recruiting side of the hiring triangle. From sales associate to president, her career experiences include holding or having managed many of the roles for which she now recruits. After having been mentored by outstanding leaders, Michelle became a mentor to several colleagues who went on to achieve impressive career success since joining one of her teams.

Having held executive roles in luxury houses such as Louis Vuitton and Wolford, Michelle believes that the best candidates are those who are passionate about what they do; skills can be learned, enthusiasm is inherent. Michelle truly embraces The Bowerman Group commitment to excellence – partnering with her clients to thoroughly define what traits are needed in a candidate to make a successful addition to their team, and delivering this service with the philosophy that “luxury is in the details.”