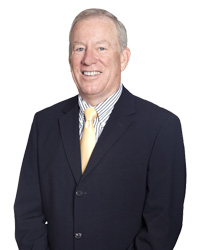 As co-founder of KBRS, Mark Surrette has cultivated a legacy of guiding Atlantic Canada’s organizations to solid, sustainable growth through expert people decisions. He has provided counsel to clients across a broad spectrum of industries on successfully attracting and on-boarding executive talent, strategic HR issues and Board governance. Mark has played a pivotal role in strengthening the region’s economy, businesses and communities in creating and leading one of Atlantic Canada’s most accomplished teams of talent attraction, career transition and HR consultants.  He served as President of KBRS from 1985 to 2014 when he moved to Chair, allowing the next generation of leaders to take their roles.

Mark’s ideals, credentials and profound understanding of the essentials for building great companies have earned him a reputation as a highly principled thought leader among clients and colleagues. He has consistently set a vision and strategy for his organization, and motivated his team in maintaining a standard for excellence in client service. His tireless dedication to his firm, his clients and his community has been recognized on a number of occasions.  Atlantic Business Magazine selected him as one of Atlantic Canada’s Top 50 CEOs five times and, in 2008, included him into their Hall of Fame.

Ernst and Young named Mark as Entrepreneur of the Year in 2011 for the Professional Services category.

Mark is unwavering in his belief that businesses are only as strong as the communities in which they are situated. A native of Halifax, he has contributed considerable time and energy to many highly successful community initiatives over the course of his career including such organizations as the IWK, Junior Achievement, Sacred Heart School of Halifax, Neptune Theatre, Royal Nova Scotia Yacht Squadron, and Prescott House among others.