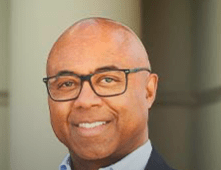 Prior to moving into Executive Search, Louis had more than 30 years of experience as a Human Resources Practitioner and Diversity Officer with several major Fortune 100 firms including, IBM, Celanese Corporation, Frito Lay, Kraft Foods, Altria, AES and Serco North America.

Louis is an Author and Thought Leader in Human Resources and Diversity/ Inclusion.  Some of his publications include; A Years Worth of Inspiration, and several thought leadership articles including HR Goes to School, Starbucks Battle Against Bias, Golden Talent and “Next Generation Diversity Officers” a research study on the leadership competencies of Diversity Officers. He has been quoted in numerous publications including The New York Times, Washington Post, Human Resources Executive, Black Enterprise and American Banker.

Louis graduated from Cornell University where he majored in Industrial and Labor Relations (ILR).  While at Cornell he was a varsity letter winner in football and track. He is member of Alpha Phi Alpha Fraternity, Inc. and member of the Cornell ILR Alumni Association Board of Directors. He is the recent past Chairman of the Senior Human Resources Executive Forum, a senior HR group based in the Washington DC region.  Louis is an avid golfer and coaches youth baseball. He and his wife Deidre and two sons live in Howard County, Maryland.