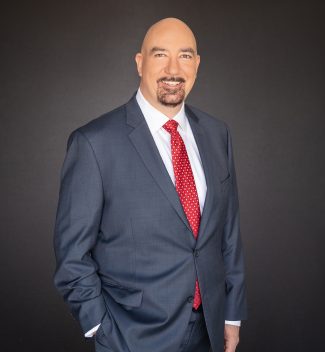 John joined Bryant Group in 2017 as a seasoned fundraising and recruitment professional who began his career in 1989 at California State University, Northridge. He brings experience in both public and private universities and has worked in development, alumni relations, and as a consultant.

John was an integral part of the Advancement Department at Marymount California University when The Council for Advancement and Support of Education (CASE) awarded the university with the title of Most Improved Overall Fund Raising Program in District VII, topping 100+ other institutions in the district to earn this honor. He has also been the recipient of a CASE Heavy Hitter award, presented only to the top-rated conference speakers.

John brings executive experience from the for-profit sector. His recruitment career began when he accepted a position conducting national searches for a mortgage company where he built a team of 72 people. He later served for nearly a decade as Vice President for International Recruiting for a company based in Los Angeles.

John has always been passionate about advancement work and enjoys assisting educational institutions, health care, and other nonprofits secure and retain the best advancement personnel and other leaders.