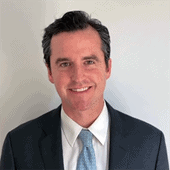 John Hambley is a Principal in the Aerospace, Defense & National Security Practice. He has more than 15 years of executive search, management consulting, and military experience.

Prior to joining Odgers Berndtson, John worked for more than four years at other executive search firms in the aerospace & defense sector. Earlier in his career, John worked for Booz Allen Hamilton in Washington DC, where he supported numerous national security projects. He served as a security cooperation analyst for the U.S. Department of Defense, conducting comprehensive in-country assessments of partner nations’ security forces in Mexico, the Dominican Republic, and Cambodia. John also supported the Office of Foreign Assets Control (OFAC) at the U.S. Department of the Treasury. During this time, he became an expert on international sanctions and counter illicit-finance in the Middle East, Africa and, Eastern Europe.

John began his career as an Intelligence Officer in the U.S. Marine Corps. He earned his master’s degree from Harvard University and his bachelor’s degree from Bard College.