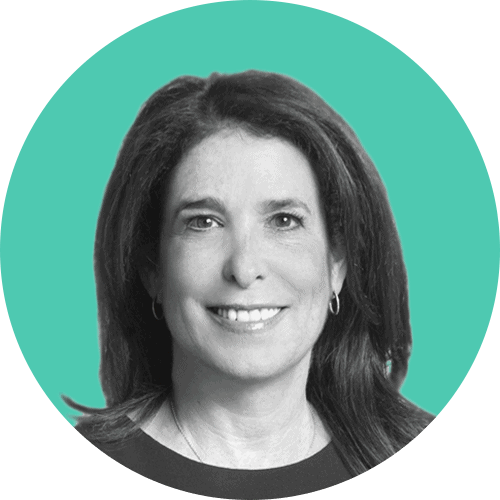 Jody Greenstone Miller is the Co-Founder, Co-CEO, and Chairwoman of Business Talent Group (BTG), the leading marketplace for high-end, on-demand talent. An outspoken thought leader, Jody has been cited as a disrupter of the traditional consulting model by Clay Christensen in the Harvard Business Review, a “workplace innovator” (Fast Company), and “A Pioneering Voice for Super Temps” (Forbes). With her leadership, BTG is helping to redefine the future of work by unlocking the full potential of independent talent for the benefit of both top companies and skilled professionals.

BTG, which Jody co-founded in 2007, serves 50% of the F100 who rely on the company to curate, vet, and deliver independent management consultants, project leaders and managers, subject matter experts, and executives to help solve their biggest business challenges and fuel growth, innovation, and performance improvement. BTG was named to Inc. Magazine’s prestigious list of the 5000 fastest-growing companies in America three years in a row. The company was also named to the Forbes list of “100 Most Promising Companies,” one of only four female-led organizations. Fortune magazine named Miller one of its ten “Most Promising Women Entrepreneurs,” and EY recognized her as one of twelve “Entrepreneurial Winning Women” in North America.

Jody co-authored “The Rise of the Supertemp,” a Big Idea feature for the Harvard Business Review that observers cite as the definitive analysis of the alternative professional services trend. Jody’s thought leadership on the evolving talent marketplace has also been featured in outlets such as The Wall Street Journal, The New York Times, Fortune, Fast Company, Forbes, Business Insider, The Economist, The Financial Times, CNN, Stanford University, Fox Business, NPR, and Bloomberg. (View Jody’s Media Highlights.)

Jody’s insights on executive-level talent were shaped as a Venture Partner with Maveron and during her tenure as Acting President and COO of Americast, Disney’s digital television venture. She was also Special Assistant to President Bill Clinton and Deputy to David Gergen, Counselor to the President. She began her career at Cravath, Swaine & Moore and was a White House Fellow under President George H. W. Bush.

In 2018, 2019, and 2020, Jody was named to Staffing Industry Analysts’ “Global Power 150 List;” in 2019, she was named to the organization’s North American “Staffing 100 List.” During this time, BTG continued to extend its impact, announcing an agreement to be the exclusive provider of high-end independent talent to global executive search firm Heidrick & Struggles (NASDAQ: HSII) and an equity investment by workforce solutions provider Kelly Services (NASDAQ: KELYA) as part of ongoing efforts to help make on-demand independent talent a seamless and ubiquitous resource for every company.