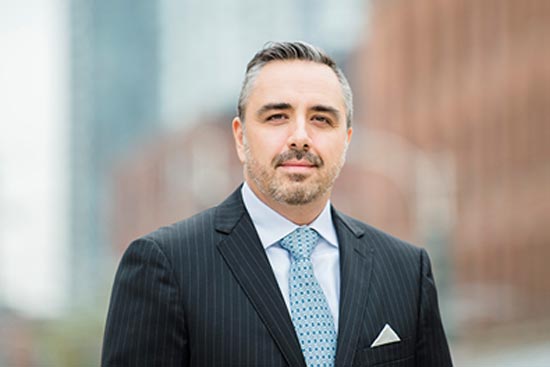 Jean-Pierre is responsible for the Montréal and Eastern Canada operations of Vlaad and Company and was instrumental in launching the operations of Vlaad. Bringing ten years of Financial Services experience to the role including Financial Products Sales and Corporate Finance, Jean-Pierre was always involved in recruitment with his employers. He has previously worked on the trading desk at a large Canadian bank where he focused in the sales of interest rate derivative products to large Corporations. Prior to this, Jean-Pierre spent close to eight years in Investment Banking in Montréal. It was during this period that Jean-Pierre and Bill first worked together, and ate way too many late night dinners. During these years, Jean-Pierre was closely involved in multiple transactions and projects, including M & A, defense mandates, and equity and debt financings in a variety of industries including Consumer and Retail, Clean Energy, Telecommunication and Industrials. Jean-Pierre is a CFA charterholder, he holds an MBA from McGill University and a B.Com from HEC. Jean-Pierre’s other main interests are his family and his fabulous photography work.