Director in the Legal, Compliance and Infrastructure Practice 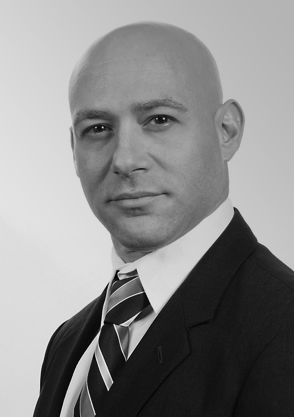 Eric worked for ABC News for nearly ten years in a variety of capacities and was part of a small group of producers that successfully launched Weekend Good Morning America in 2004. He has won two DuPont Awards, one Peabody Award, and was nominated for two news Emmy Awards. After ABC News, Eric embarked on a career in law. Post his graduation from law school, Eric worked for a boutique commercial transaction and litigation firm before launching his own solo law practice with an emphasis on providing affordable general counsel legal services for businesses and start-ups in the greater New York City area.

In 2017, Eric’s entrepreneurial spirit blossomed and he became a co-founder, and both the Chief Operating Officer and General Counsel for OVAL Digital, Inc. In these roles, Eric was responsible for all of OVAL’s legal, compliance, manufacturing, import/export, and logistics needs, and was also the driving force behind the implementation of OVAL’s global sales and distribution strategy.

Eric lives in New York City with his wife and two children. He obtained his A.B. in History from the University of Illinois at Urbana-Champaign and his J.D. from Rutgers School of Law – Newark, where he served on the Student Bar Association as a representative and Treasurer, and also as the Managing Business Editor for the Computer and Technology Law Journal.