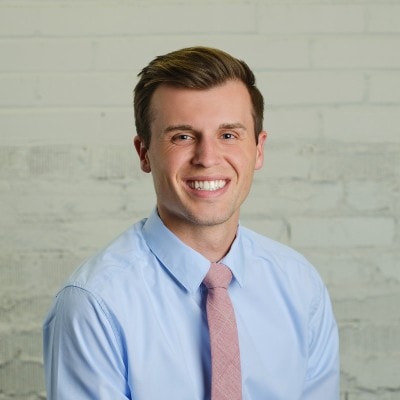 Caden is from Kaysville, Utah.

He is currently attending the David Eccles School of Business at the University of Utah majoring in Marketing, Minoring in Arts Technology, and pursuing his MBA. His favorite part of being a college student, apart from taking tests, is attending the University sporting events. His favorite tailgate game is cornhole and he does not take competition lightly. He likely has a hamburger with bacon at either Crown Burger or Hires before football and basketball games. It seems to be the pre-game ritual.

He grew up playing soccer for a competitive club playing in state and regional tournaments across the Western states. As he got older and could not run as far, he took on golf. He plays much more than his skills would tell you.

In his free time, Caden enjoys watching sports. He follows a variety of sports, teams, and leagues all around the world. From soccer, football, basketball, golf, tennis, boxing, to almost anything else, Caden will watch it. Except for NASCAR. He does not understand that one. His hope is to begin his coaching career in soccer soon.

Caden loves card games, board games, yard games, and any sort of game he can muster up. A unique fact about him is his dream to direct a feature-length film one day. Movie suggestions are always welcome.