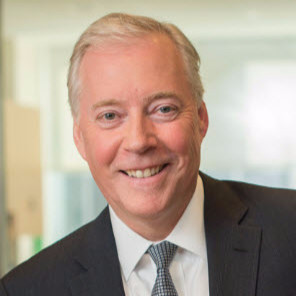 Alan Hilliker, based in New York, is a member of Egon Zehnder’s U.S. Board Consulting and CEO practices. He also founded and works closely with the firm’s U.S. Financial Services and Private Equity practices. Alan is a longtime trusted advisor to boards and senior leaders at both publicly traded and privately owned companies.

Before joining Egon Zehnder, Alan was a Capital Markets Coverage Officer at Lehman Brothers in New York with responsibility for international clients. That was preceded by the role of Vice President of Risk Management at Goldman Sachs in New York, London, and Tokyo. Alan directed Goldman’s risk management function in Asia for several years. He began his career in Chase Manhattan Bank’s Credit Audit Division, working on projects in 20 different countries.

Alan earned a BA in economics and English from the College of William & Mary and an MA in economics from New York University. He is a trustee of the College of William & Mary Foundation and serves on the advisory board of the Bard Conservatory of Music. Alan is also a member of the Chairman’s Council of the New York Historical Society and the Emeritus Council of the Olana Partnership. In his free time, he restores properties and grows organic fruit on his own historic farm in the Hudson Valley, which he donates to schools, neighbors, and local institutions.