Menu
View our Events
Stay Connected:
A just-released study reveals what working professionals expect from the hiring process and what they want in a job. Are employers meeting their needs? Let's find out. 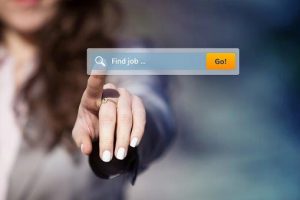 February 15, 2017 – It’s become clear over the last several years that the job market has been not only recovering, but transitioning. Consequently, the latest changes wrought have given way to an entirely new type of candidate profile, report recruiters from the field.

Interestingly, working professionals themselves are leading the way — and they’ve become all too aware that the current candidate-driven job market puts them in a ‘power position’ where they can be more selective when making career decisions. They now have a wealth of resources at their disposal to determine whether their current employer is offering them benefits or opportunities that are competitive with current market trends. For them, that knowledge is translating into control.

The Execu | Search Group’s just released ‘Hiring Outlook: Strategies for Engaging With Today’s Talent and Improving the Candidate Experience’ report provides insights into the considerations professionals make when deciding whether to apply for a job, join a company, or leave their current position.

The report also offers actionable recommendations for employers to help them attract and retain the best talent in today’s candidate-driven job market, one in which job seekers have the advantage. The findings were taken from a survey of more than 1,000 job seekers, working professionals, and hiring decision makers across a number of industries.

“As the job market continues to evolve over the next year, engaging with talent will become even more critical to an organization’s success,” said Edward Fleischman, chairman and chief executive officer of the executive search firm that sanctioned the report. “With this in mind, employers need to embrace transparency during the hiring process and in the workplace.”

They must also be aware that the candidate profile is changing, he added, especially with regards to Millennial employees as they progress from entry level roles to management positions. “To adapt to these changes, we hope employers leverage our 2017 Hiring Outlook as a resource for creating a unified culture that motivates all employees, focuses on career development, and facilitates a new model of leadership,” he said.

The Execu|Search survey found that 50 percent of employees plan to stay at their current company for only two years or less. Keeping this in mind, the Hiring Outlook report provides specific ways in which employers can improve the experience job candidates have during the hiring process, increase engagement and retention among current employees, and develop a more transparent culture and leadership structure that align with the needs of today’s workforce.

Findings of the 2017 Hiring Outlook surveys include:

Employers are struggling to retain and hire top talent

The top four reasons employees are leaving companies are lack of advancement opportunities, lack of salary growth, negative work-life balance, and poor corporate culture. Another 61 percent of respondents reported they were interviewing for two or more roles during the interview process for their current position. Fifty percent of employees say that they are planning to stay at their current company for two years or less.

Employers are not providing the hiring experience expected by job candidates

Seventy five percent of employer responses stated that their hiring process, from initial interview to offer, takes more than three weeks, while the vast majority of professionals surveyed felt it should take two weeks at most.

Seventy six percent of Millennial respondents said that professional development opportunities are one of the most important elements of company culture, and 59 percent of professionals said that access to projects to help keep their skills up-to-date would keep them satisfied at their current company.

“You have to adjust to a new audience,” said Les Berglass, founder, chairman, and chief executive officer of Berglass and Associates in New York, which specializes in hiring executives for the consumer goods and retail industries. “The Millennials behave very differently than their predecessor generation. They have a different work-life balance. They’re prepared to accept that they’re the first generation in many years that is going to make less money than their parents. And so what has evolved is a feeling of, ‘If I’m not going to make as much money, then I’m going to balance my work life out differently.’ It’s a whole new world. And you have to have a sensitivity to this audience.”

Mr. Berglass himself has made adjustments. “I’m moving my office in June and we’re putting in a wellness room because I have young women here who are raising families in dual-salaried families and they’re significant contributors,” he said. “So they’re nursing their children and we want to provide a good environment for them.” It’s a new world order, he concluded, “and companies have to adjust to their employees.” If they don’t, he said, “employees will adjust you out of their lives.”

The way companies and their employee’s part ways has completely changed over the last decade. Although job-hopping is at an all-time high, employers today understand that loyalty doesn’t necessarily go away when employees walk out the door. According to just-released analytics from global outplacement and redeployment firm Mullin International, leveraging talent relationships is now seen as critical to the job search process and to a company’s brand. According to CEO Keith Mullin, “Clients care more than ever about their brand and creating brand ambassadors. Our efforts are to provide clients with the information they need to make better decisions about how to best service exiting employees while strengthening their brand.” ….. Here’s some further reading from Hunt Scanlon Media.

Why ‘Boomerang Employees’ Might Be In Your Future
According to Mullin International president Karen O’Boyle as much as 60 percent of departing employees will remain in their former company’s eco-system as buyers, suppliers, influencers or competitors. “The more quickly you can get them settled, the greater the savings and more positive their view of the company will be.”

Although some might say that employees show little loyalty to their jobs today, there are opposing arguments, to be sure. “That’s a two-edged sword. The accusation from the company is oftentimes that there’s no loyalty anymore,” Mr. Berglass said.

“One of the reasons there’s a lot less loyalty is because there’s a lot less mentoring than there was before the recession,” he noted. “Loyalty is something that has to be earned. And loyalty is earned in the workplace by mentoring and recognizing talent. But when a company has gone through a recession and the workforce is reduced significantly to save money, mentoring programs tend to go out the window.”

“The world has changed and unless companies and candidates embrace that change – not just accept it, but fully embrace it  – they are going to be left behind,” Mr. Berglass concluded.